For the study, Arkadium commissioned a survey of more than 1,000 adult March Madness fans throughout the U.S. Here’s a closer look at what they found.

Most suggest making ads more interactive and visual would improve them

When asked how to improve the ads, 39% of respondents said to make them more interactive and participatory, while 38% suggested making them more visual. Additionally, 32% of ad viewers want something more personalized and 25% seek out more visuals as opposed to plain text. 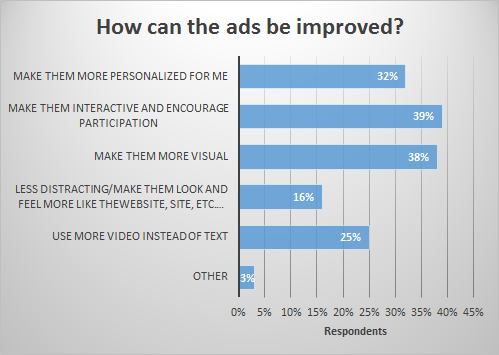 “Interactive and visual experiences are clearly in-demand,” said Jessica Rovello, CEO and co-founder of Arkadium. “Advertisers should take note. In the future, these changes would benefit the brands, publishers and consumers alike. The brand increases revenue, and the consumer experiences a more enjoyable ad experience.” 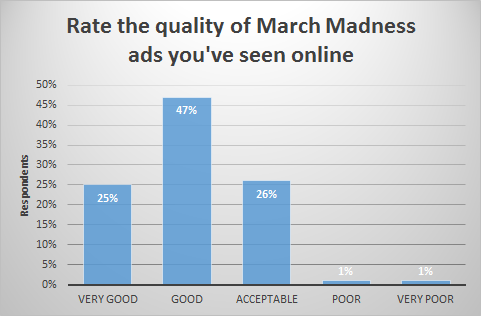 “March Madness makes for an effective ad campaign theme this time of year,” Rovello said. “It’s a national event that many get excited about, and among all postseason sports advertising, only the NFL exceeds the annual tournament in spend. This makes for excellent advertising campaign material.”

42% of those surveyed said they are more likely to make a purchase after viewing a March Madness ad. However, 57% of respondents believe that the ads had no effect on them and just 1% are less likely to purchase from the brands. 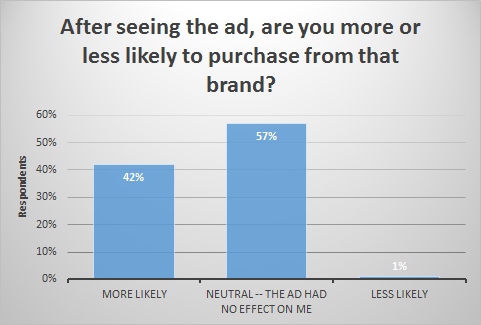 “That more than 40% who see March Madness campaigns are more likely to buy is huge,” said Rovello. “It’s a major opportunity for brands and they should be taking advantage online.”

77% of March Madness ads were from food and beverage brands

Respondents were asked what types of brands were typically featured in ads they saw and 77% said ads from food and beverage companies. Insurance companies followed at 35% with Auto companies sitting at 31% and technology companies coming in at 29%. 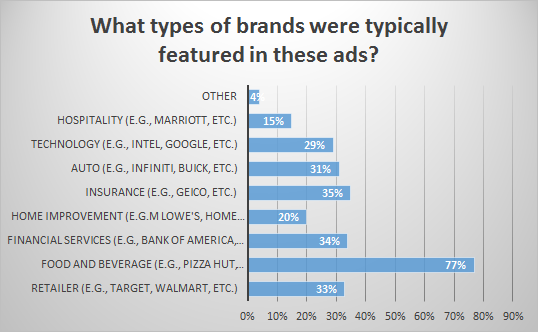 “Every year, food and beverage brands recognize March Madness as a key opportunity to connect with fans online,” Rovello said. “Fans are highly engaged and the right campaign can activate that to drive meaningful lift and grow revenue.”

The number one place people recall seeing March Madness ads is sports news sites, at 74%, followed closely by social media, at 73%. The least popular place that respondents viewed ads was a brand’s website, at 39%.

Everything you should know about email deliverability

3 Steps to Reimagine Your Digital Experience

April 24, 2019
By Steve Megitt, director of Filament Creative Remaking a digital experience is more than just revamping your style. Being trendy can make organizations feel ahead of the curve, but the challenge comes in knowing when trends stop being relevant. For this reason, a simple redesign only scratches...
Read more

ADOTAS is a premier news publication focused on the Internet advertising and media industry. ADOTAS features a twice-daily email newsletter and web site and is proud to reach well over 100,000 advertising professionals monthly.
Contact us:contact@adotas.com
Tweets by @adotas